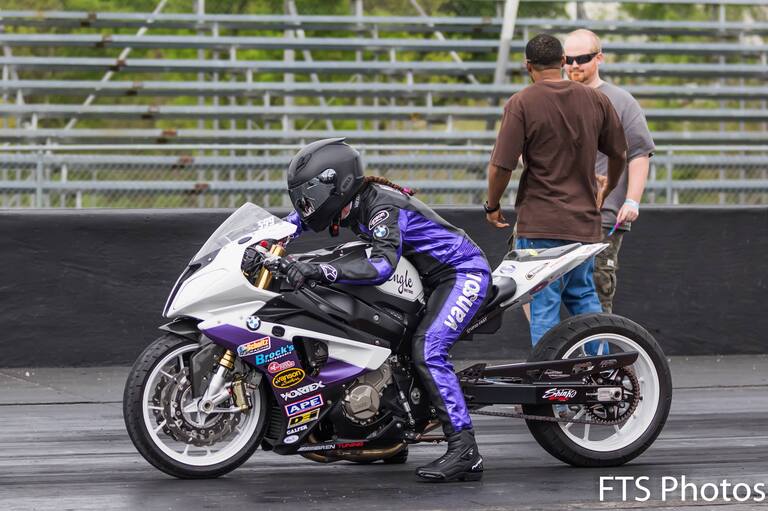 Elyse made consistent passes in Street ET time trials and then broke out in the first round of eliminations; the heat of the competition really sped her up! In Pro ET she went a couple rounds, losing to the eventual winner Brian Wood by 0.006 seconds. Brian was on his game as always; a big congrats to the Wood Racing team! In Super Comp Elyse went several rounds and made it to the semifinals! Overall it was a very successful opening weekend for the team. 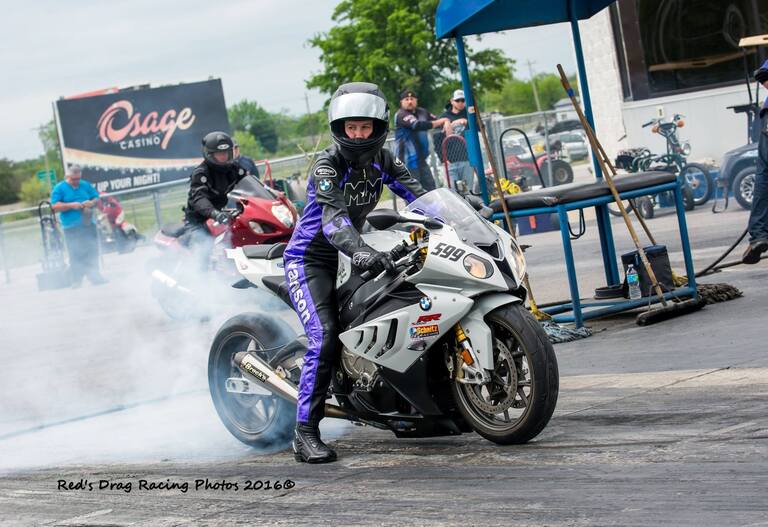 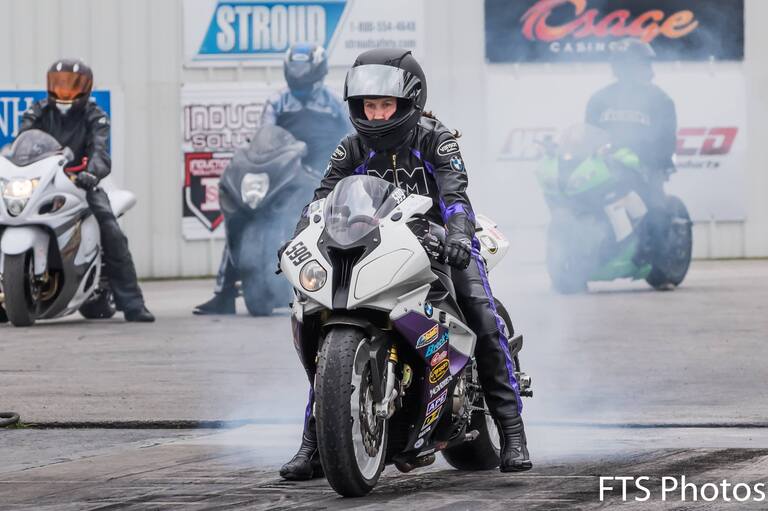 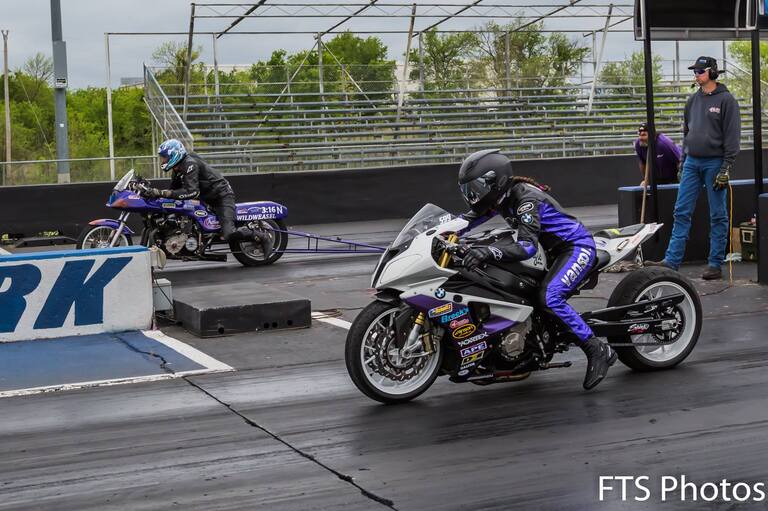 Posted in Drag Racing, Dragbike.com, Engle Motors, PMRA, S1000RR, Tulsa Raceway ParkTags:
« Back in the Saddle
as fast as ever »