The Biker Belles Ride and Celebration is an annual event that takes place at the Sturgis Motorcycle Rally. For 10 years, this event has been held to celebrate women and their role in the sport of motorcycling. Elyse was honored to be invited as a special guest this year and join this group of leading women in the industry.

The Biker Belles event kicked off in the morning with the Women & Wheels bike show at the Buffalo Chip and Elyse entered Blackbriar. There were some awesome ladies with bikes in the show and it was fun to see their style incorporated into their bikes. Even Jessi Combs (TV Host, Driver, Metal Fabricator) had her bike on display; it was great seeing her there!

Elyse joined the group of over 100 ladies on a ride out of Sturgis; they had a police escort through the heart of the rally in downtown Sturgis, then continued on a breathtaking scenic route through the countryside. It was so fun riding through the mountains and along a beautiful creek. It was also awesome to see all the other bikes out on the road!

The ride ended at the Deadwood Lodge where the Biker Belles Symposium was taking place. Elyse had Iron Hand on display in the convention center next to the stage where a few leading women in the motorcycling industry gave a talk about “Shifting Gears”. Our pal Jacqui VanHam was the host of the event and said a few nice things on the mic about Elyse and her racing. After lunch, Elyse got to sign some posters and meet & greet with the Biker Belles. It was a great event; thanks for having us, Belles! 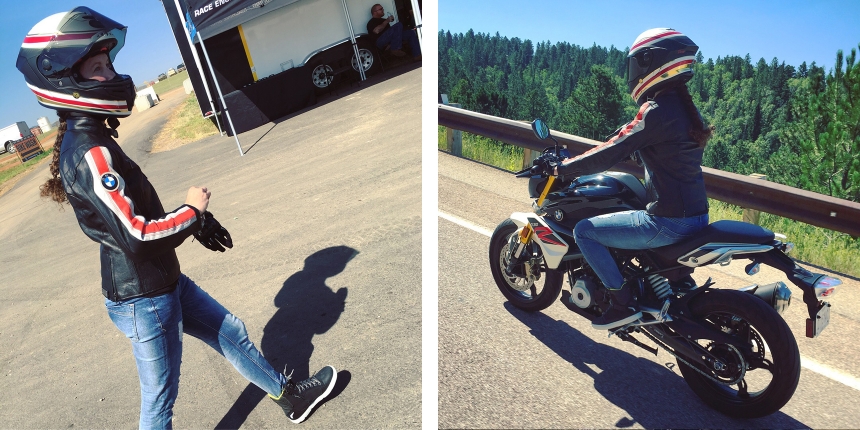 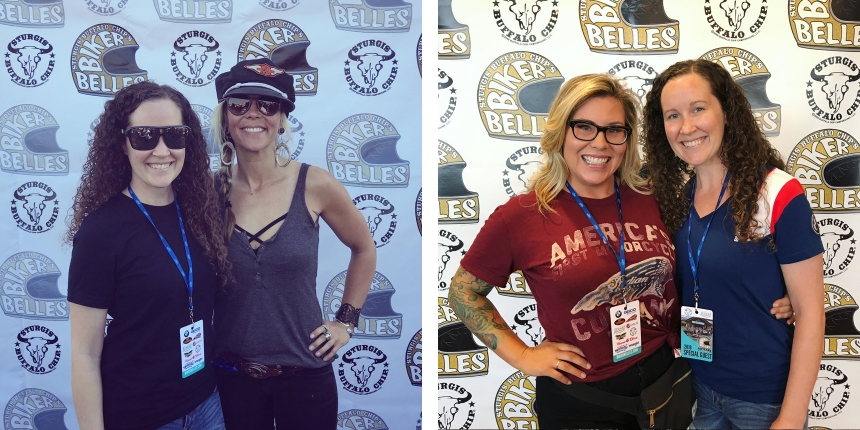 We headed back to Omaha this summer for Ice Cream Cruise. ICC hosts one of the largest car shows in the midwest with 1500+ cars & bikes entered and over 12,000 people in attendance. We had Blackbriar on display in the VIP area and Elyse was there signing posters. Our squad of racing friends were there to represent, and we had a great time hanging out with everyone at the show that day. That night we got to watch out pal Joey take home the small tire win in the Beater Bomb.

The Team headed back to Tulsa for PMRA Race #3. It was a hot summer day so everyone was working to get hydrated and stay in the shade as much as possible. PMRA shared the track with the Stock Block Shootout which was nice to have a little extra time to cool off between rounds. Elyse entered Super Comp and Pro E/T once again and attempted to slow the bike down to the 8.90’s all day. She had a tough time in both classes due to a tight field and a small issue with her bike. Not all was lost because Synergy Motorworks put on a bike show at the track that day. We entered Blackbriar and ended up taking home Best of Show; carbon fiber for the win!

The McKinnon Motorsports team had the opportunity to visit the American Performance Engineering headquarters in Rosamond, California. They have enjoyed working with APE for the past several years, so they were thrilled to get to meet Jay and Dianne Eshbach and their team in person. They got to tour the facility where parts were being made on the CNC equipment in the Machine Shop, saw boring in progress in the Cylinder Center, weight reduction in the works in the Crankshaft Department, and parts being packaged & shipped in the Warehouse. APE is a company that goes the extra mile to support motorcycle racers and has done a lot to further the sport of drag racing. It is so great to have support from this family-owned company!

This past weekend was the season opener for the 2018 PMRA series. The original opening race in April was postponed due to rain, so everyone was anxious to get the series kicked off! It was a double header event with races on Saturday and Sunday, which made for a full weekend. Even though it’s just the beginning of the PMRA season, it was already hot.

The highlight of the weekend was that Elyse took first place in Ultra Street on Saturday after going up against Ben Gardner in the Finals. She also made it to the quarterfinals in Super Comp and Pro E/T.

On Sunday Elyse fell out of Super Comp and Pro E/T early. Competition was tight as Elyse ran a 8.900 in the 8.90 index and still lost the race by 0.0016! The radiator drain plug vibrated loose between the Pro E/T and Super Comp rounds, and as Elyse pulled back into the pit coolant started leaking all over. Chris pulled the bodywork off, found the problem, looked the bike over, added some fluid, and put it all back together as the first bikes in the Super Comp class were pulling up to the starting line. A few fellow racers came over to help out while all this was going on; this is the awesome part about racing! Competitors are constantly helping each other out doing everything they can to get the other person to the line but make no mistake, they still want to win once the lights drop!

Overall it was a fun weekend and great to be back with the PMRA family. The McKinnon Motorsports team was excited for Elyse’s Ultra Street win and good performance in the other classes as well.