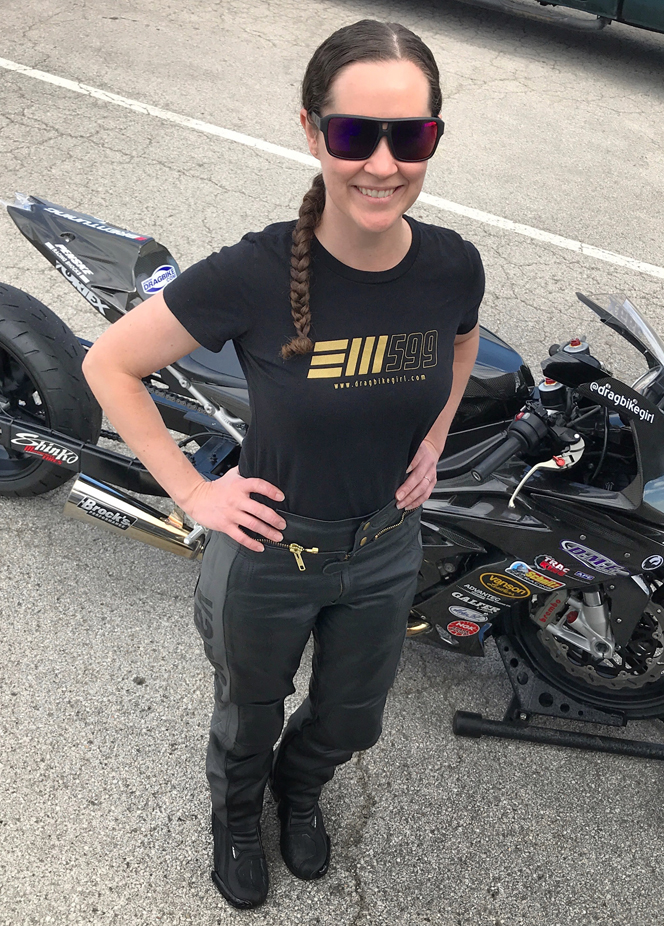 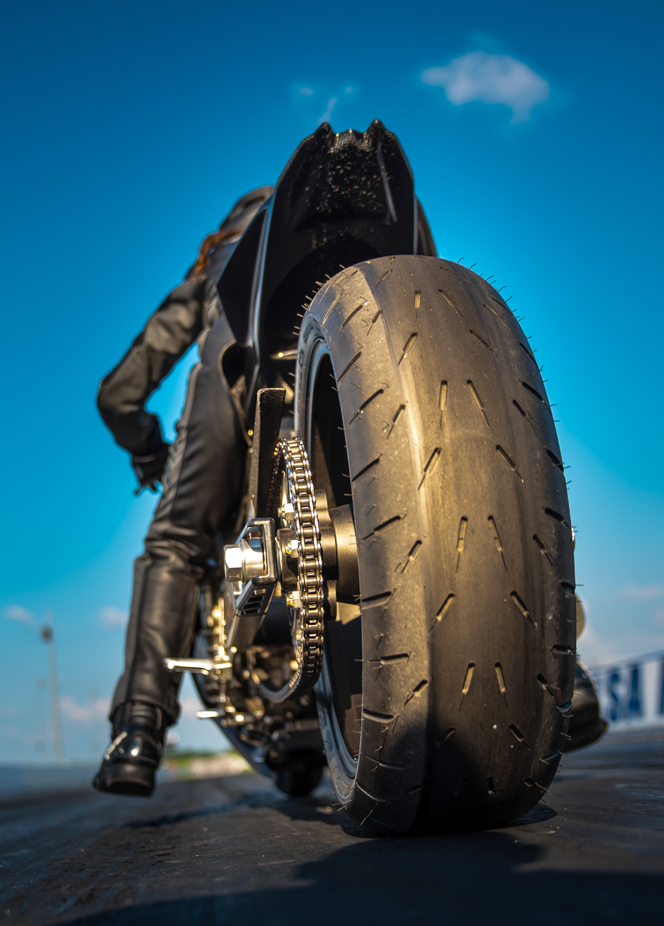 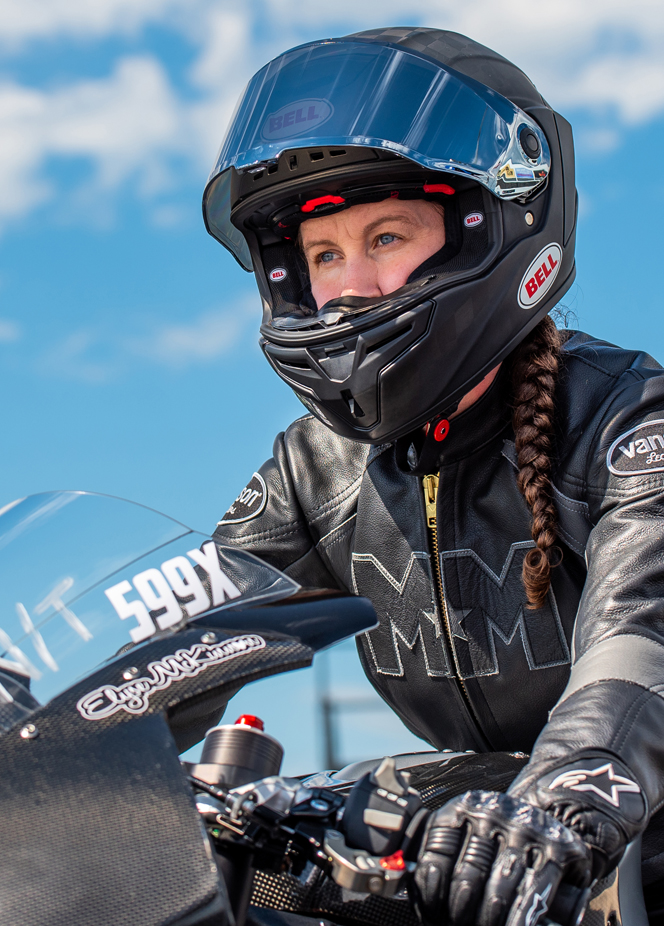 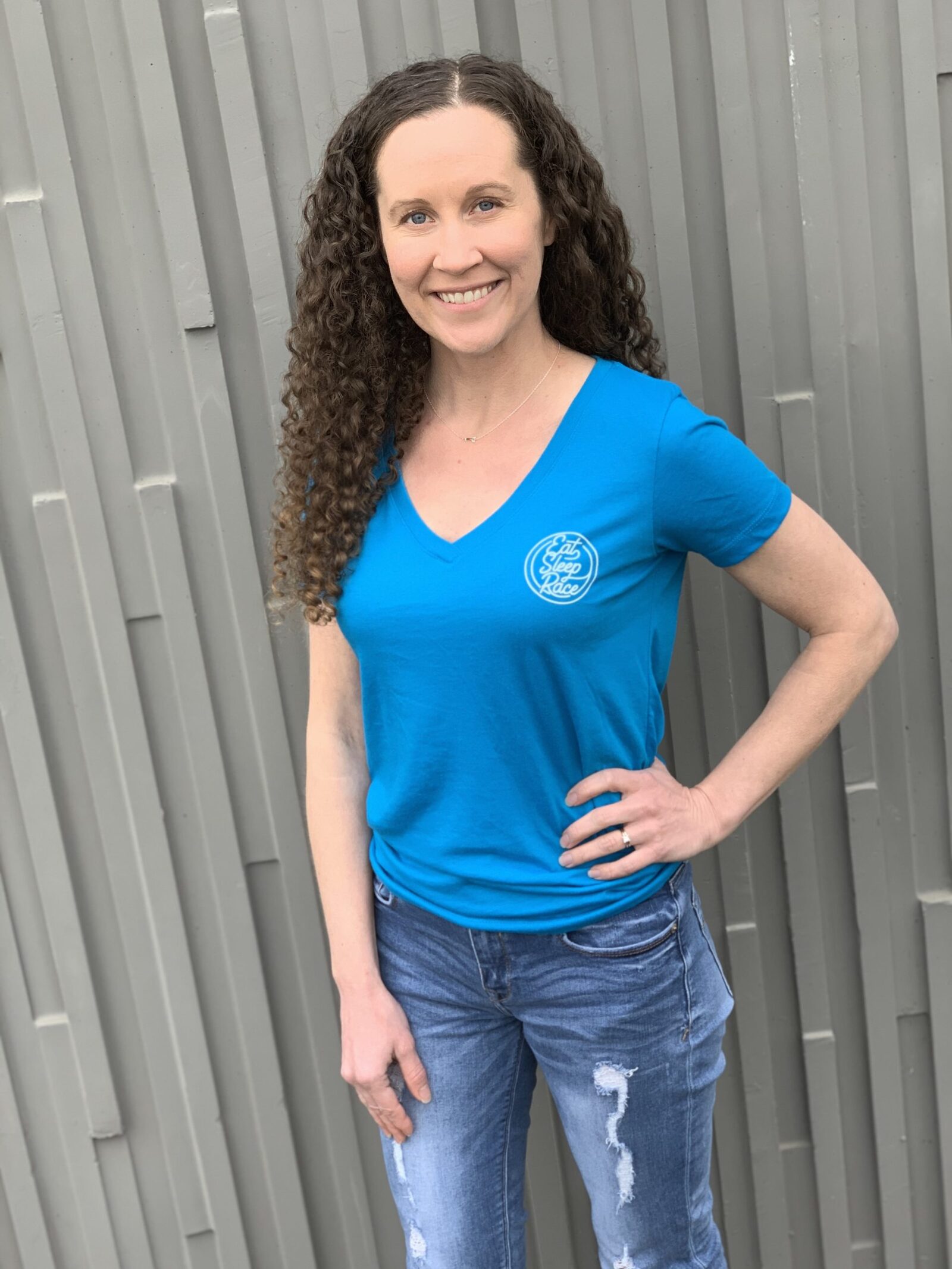 Degree: Industrial & Systems Engineering from the University of Florida

2014: Winner of Midnight Drags, Runner up at ICC, Runner-up at Street Car Takeover

As a little girl Elyse was always a tomboy. She would rather hit the trails on a four-wheeler, explore in the woods, or go-kart around in the yard than do girly things. She has two older brothers whose toys she gladly took as hand-me-downs or otherwise borrowed when left unattended (namely the go-kart)! Her parents also love the outdoors and taught her the value of hard work and upstanding morals.

Growing up in Florida, there were always motorcycles cruising the street, enjoying the year-round great weather and beautiful ocean views. She first rode a motorcycle in college when her now-husband owned quite a few. He taught her to ride in an empty parking lot on the University of Florida campus and she couldn’t get enough!

After graduation Chris and Elyse got married and moved to Lawrence, Kansas for careers. Elyse got her own motorcycle and fell in love with street riding and the motorcycle community, forming new friendships with other riders.

Elyse tried drag racing for the first time in September 2012 at a street legal night and was immediately addicted. She loved the adrenaline rush and the challenge of learning to safely and efficiently go as fast as possible. She ran that night on her street bike, a 2011 GSXR 600. The next season she ran a BMW S1000RR. Mid-way through the season she earned her NHRA License then the team stretched and lowered the bike. Her racing ambitions intensified after making quick improvements at Ryan Schnitz Drag Racing School.

Over the next several years she traveled the Midwest from Oklahoma to Indiana drag racing. She was always looking for heads-up racing, but did some bracket and index racing along the way, too. In June 2015 Elyse had a bad wreck when unable to stop the bike in the shutdown and suffered a broken back, leg, and ribs, among other injuries. She underwent a spinal fusion surgery and was able to make a full recovery over the winter. A few months later she was back on the race track. In 2016 the team relocated to Houston and continued racing in Texas and Oklahoma. Elyse went on the win back to back Ultra Street Championships in 2018 & 2019. After nearly 10 years of racing and working with the S1000RR, Elyse earned the title of BMW Expert through BMW Motorrad and has been a special guest at numerous events to share her knowledge about the bike and love of racing.