We went to Street Car Takeover Kansas City; the race was held at Heartland Park. We were excited about this event because it was the only official event on our schedule at our home track and also one of the few heads-up events on our radar for the year. Test passes started at 1:30p and it was a hot Kansas afternoon in the 90’s with no cloud cover. Elyse wasn’t feeling 100% that day but didn’t let that keep her from the track. 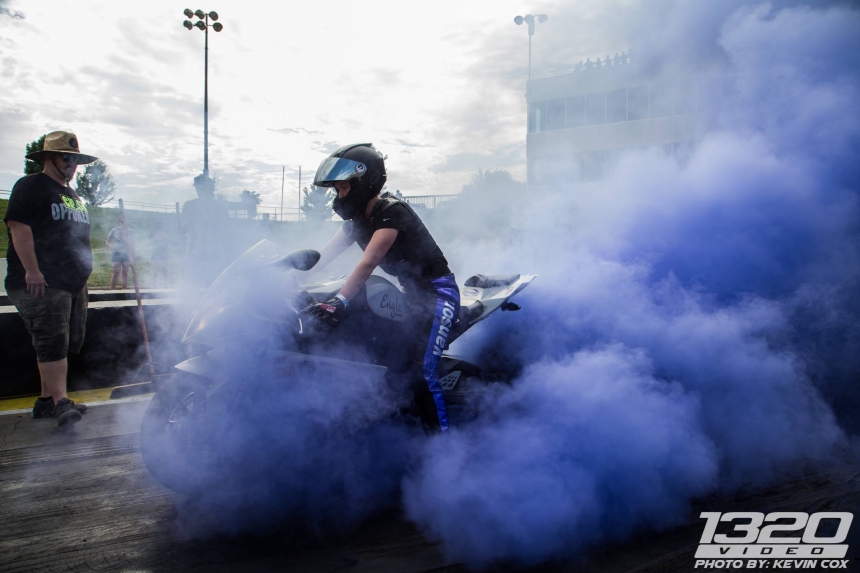 Between the time trials and the elimination rounds there was a burnout competition that Elyse entered on the Engle Motors gray bike. She was the only bike in the burnout competition. We put a Shinko Smoke Bomb on the bike and the purple smoke looked pretty awesome!

We entered the Street Bike class and Elyse made it to the finals against David Ellenbecker. David was running well all day and he took the win in the finals. We were happy with the second place win and had a great day at the track. Thanks to Smolies for lining Elyse up all day and to Kim for coming out to support her! 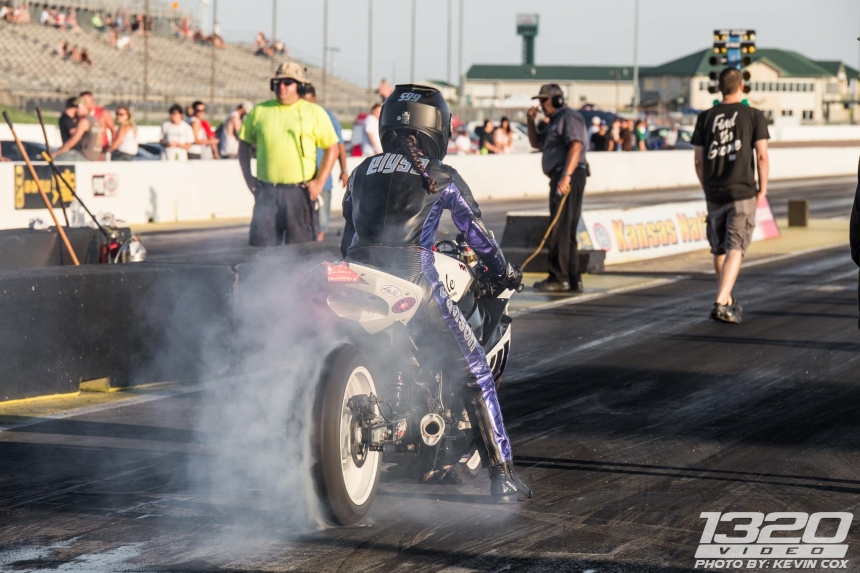 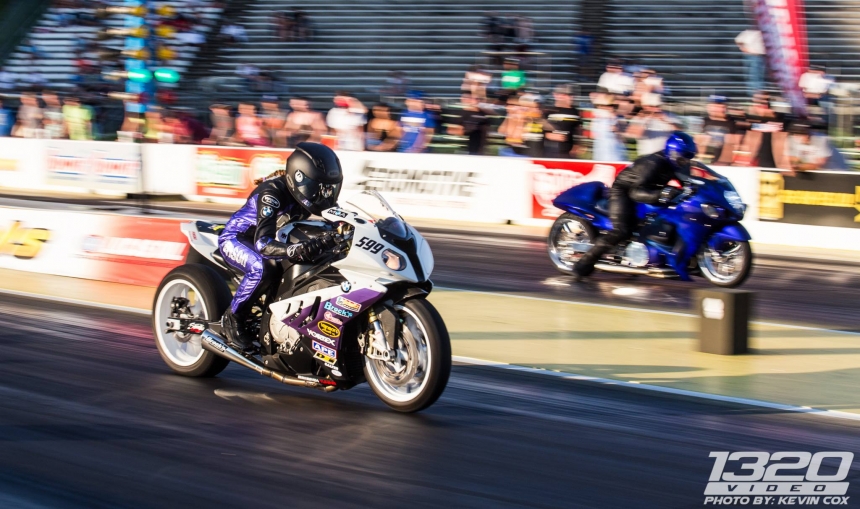