This weekend we raced on Friday night and Sunday afternoon. Both days I was fortunate enough again to be able to run Engle Motors’ S1000RR. On Sunday I really got the hang of the bike’s set up and ran a few 9.0 passes in some hot weather! On Friday night we were glad to get to hang out with some KC and Omaha friends. I finally got to race Smolies on his GSXR 1000 and he won the first pass when I was on the green bike, but he was too scared to race me when I was on my white bike (or he claims his battery died)… On Sunday we also got the opportunity to run a black S1000RR down the track. My favorite part of the weekend was having the opportunity to ride three different S1000RR’s! It was a new experience for me to jump from bike to bike and learn to adjust on the fly to different set-ups. I’m also even more excited now to re-gear the white bike since both of the other bikes were geared! 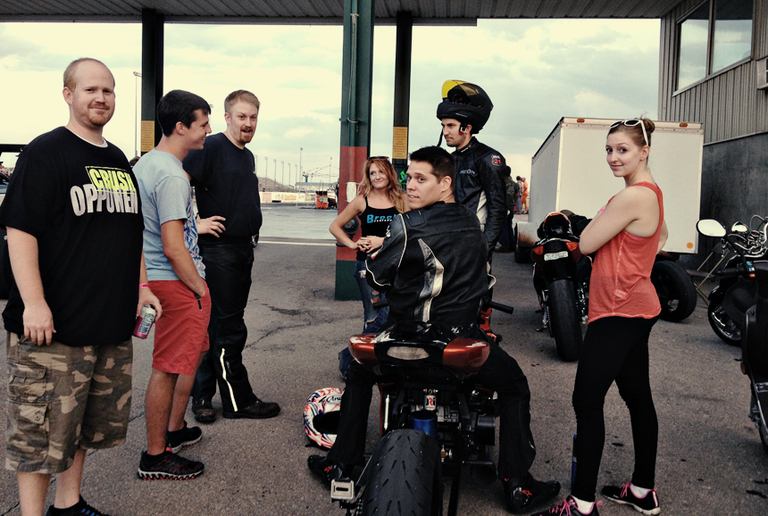 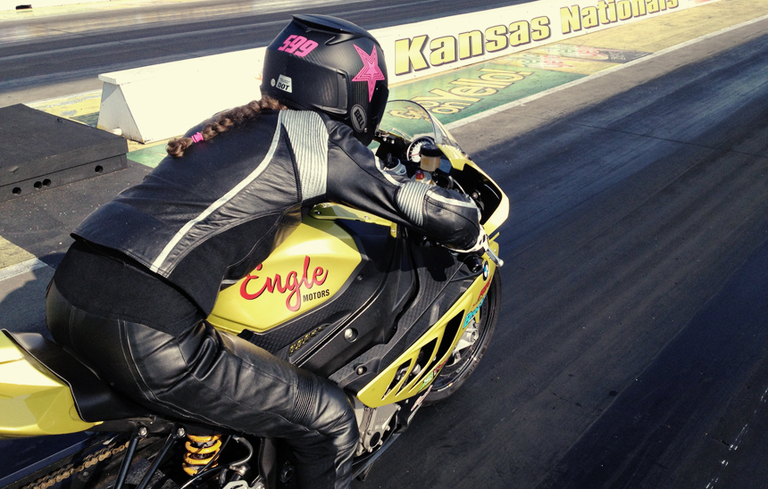 Thanks to our friends Tara and Chuck for some of the pictures!