The NHRA Sportsman Motorcycle Series presented by Harley-Davidson, was running in conjunction with the NHRA Lucas Oil Drag Racing Series at our home track this weekend so we decided it would be the perfect time for me to participate in my first NHRA Divisional bracket race. The qualifying runs were held on Friday and the race was on Saturday. The parking lot was packed with trailers, motorhomes, race cars, and drag bikes! So far in my racing career we’ve been doing mostly heads-up racing and bracket racing is a completely different animal. Qualifying was based off reaction time, and I ran against a rider who cut a 0.001 light! I felt a little better when I found out he was running a delay box. I qualified eighth out of ten spaces and was listed as highest mile per hour.

On Saturday I ran against the only other non-wheelie bar bike and we both had the same dial-in. Even though he had a delay box, we had the exact same reaction time (.020), so I was pretty happy about that! Neither of us broke out but he ran 0.006 seconds quicker than me, so he won the race. Drag Race Central did the math and said it worked out to him beating me by 19 inches! It was a very good, close race, so I don’t have anything to complain about. I was thrilled to make it through qualifying and surviving two 100° days in full gear! Thanks to Engle Motors for letting us borrow the tent; the weekend would have been rough without it! 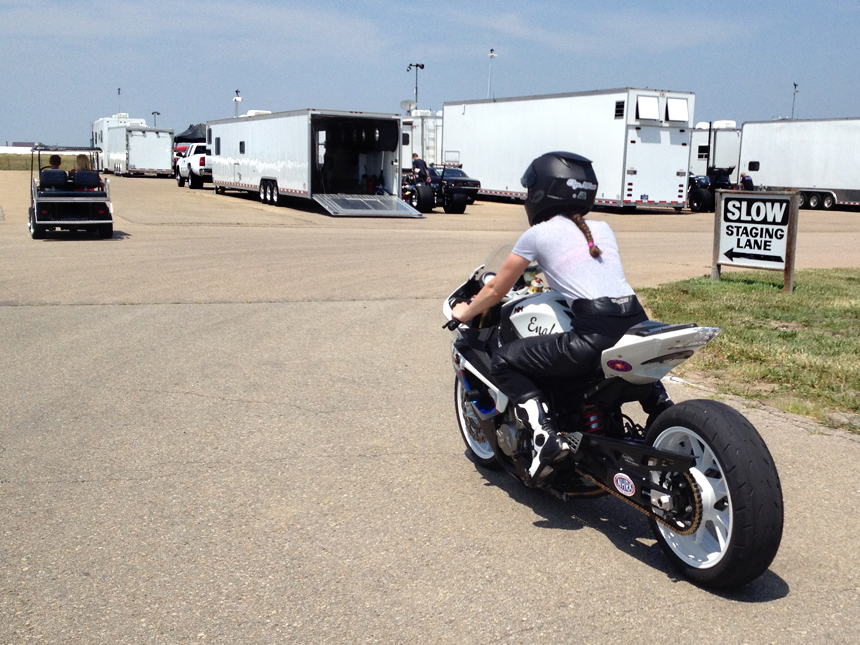 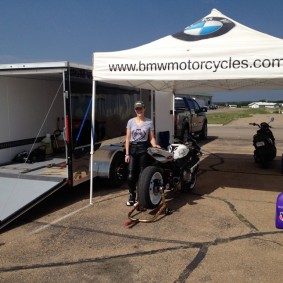 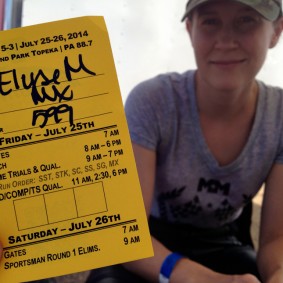 no comments
email a friend
Back to top