There was a great motorcycle turnout for the street legal drags at Heartland Park this weekend! We love it when a lot of bikes come out so there is more competition and we can make some new friends in the process. We were really excited to see Jason Dickey from RPM Powersports run a 8.000 E/T on his turbo Hayabusa; very impressive! The Engle Motors crew brought their S1000RR drag bike out for me to run. It felt very familiar, but there were some differences to get used to such as rearset geometry and most noticeably the bike has been geared so the shift point was much quicker! It was a great experience to try something different; thanks for bringing the bike out, Mike! 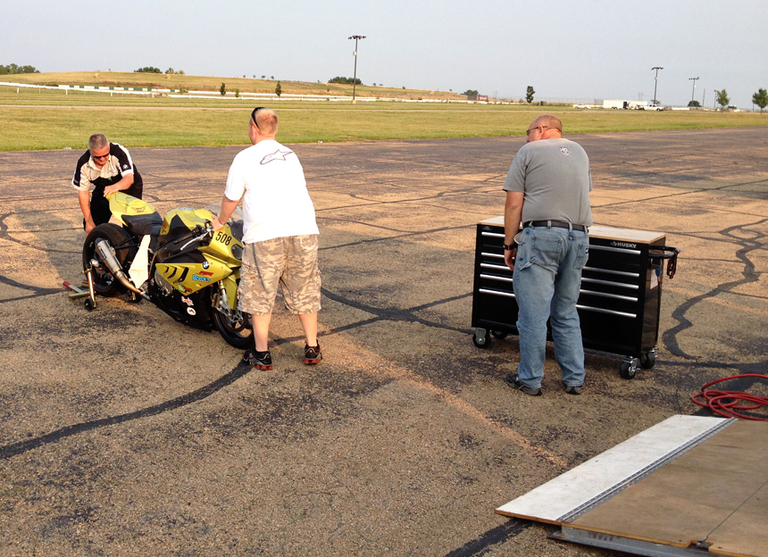 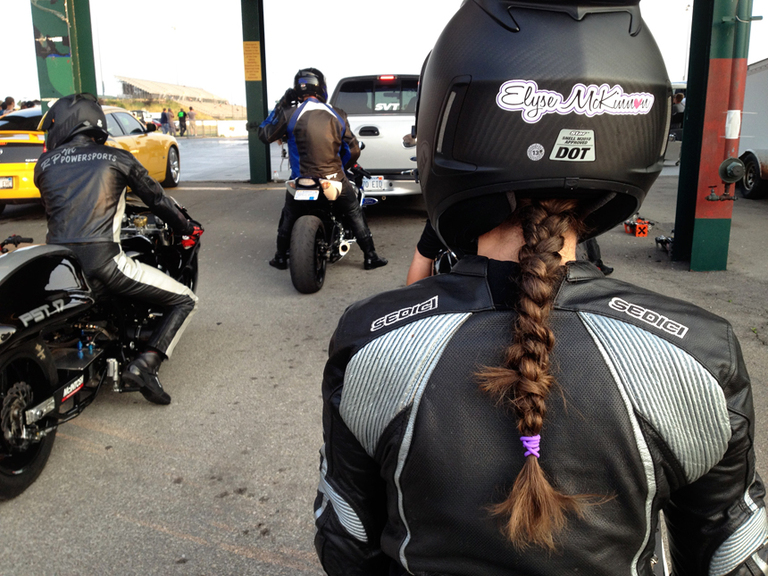 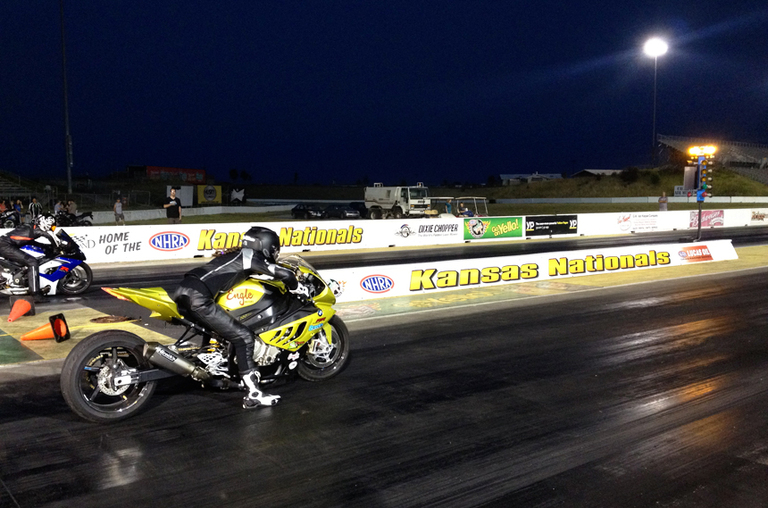