I raced against Stuart, the bracket racing champ on the Hayabusa, again! I hadn’t raced him since last year when I was on my 600 and I struggled against his expertise and 1300 cc’s. This year I was up to nearly 100 passes under my belt and 1000 cc’s in my bike, so I gave him a run for his money! He is still leagues ahead of me in his reaction time, but I was able to catch and usually pass him in the back half of the track! It was extremely fun for me, and pretty annoying to him (he told us, laughing)! It was a good night of racing and I ran several passes under 10 seconds again! 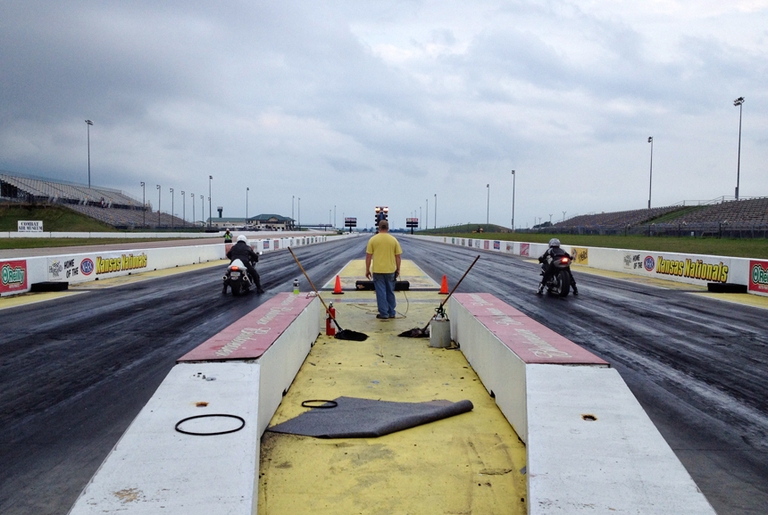