training wheels are such a drag

Last week we were contacted by Osborn Barr, an advertising agency in Missouri, about doing a photo shoot with them. The ad will not be for the motorcycle industry, but they wanted to use a drag race theme in this campaign. They wanted to depict someone with a clear advantage, so in the photos I am racing against a little bicycle with training wheels! We talked Smolies into being the bicycle rider and got a kick out of how he looked on the tiny bike! It was chilly that day, in the low 30’s, but earlier in the week it was 3°F, so it could have been worse. Actually, we were really excited because the team had a tent with wind-blocking panels set up, a propane heater, hot chocolate, and cookies!

We really enjoyed working with the team from Osborn Barr; they did a great job planning for and executing the shoot! We got some sneak previews of the pictures from the day and are really excited about how the ads will turn out. 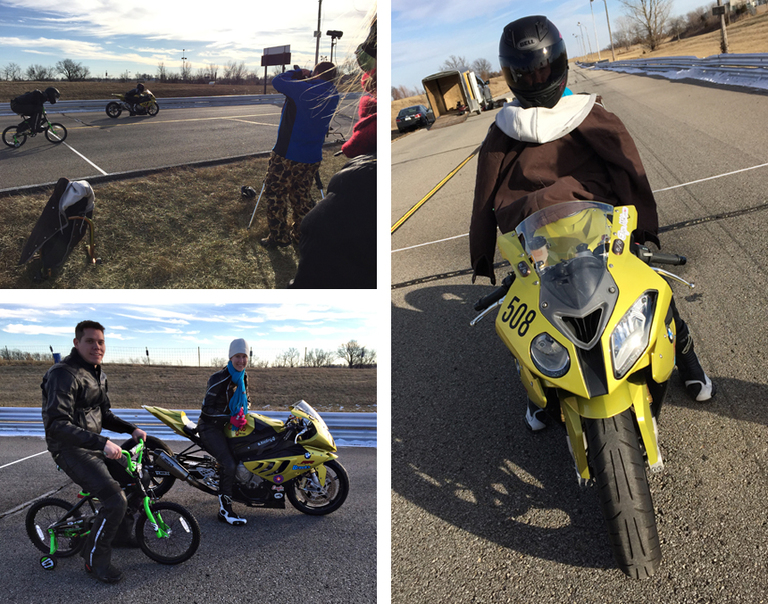 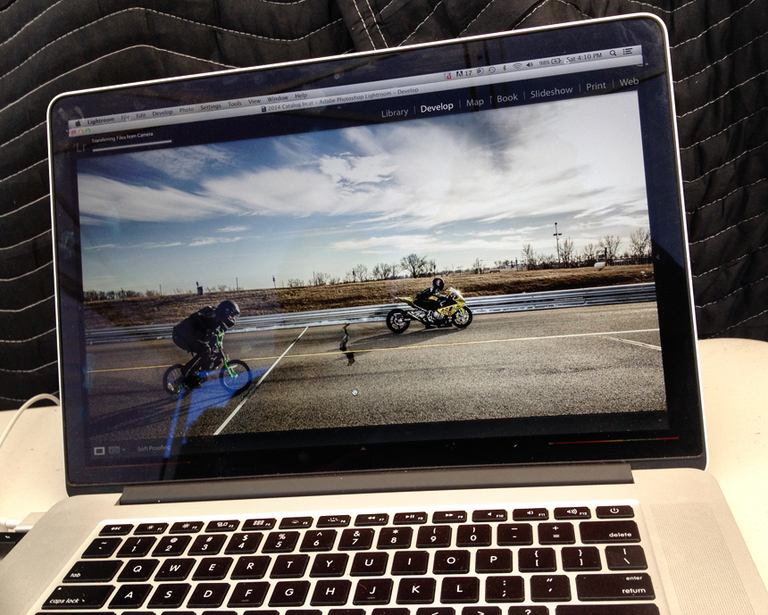