We entered the Street Car Takeover event in St. Louis last weekend. It was our first time racing at Gateway Motorsports Park, so we were excited to try out another nice, NHRA track. It’s a great venue and pretty neat that you can see The Arch across the parking lot. There was a heads-up bike class and we entered Engle’s green bike because the white bike was down for some maintenance. We ended up racing against our buddy Josh on his turbo GSXR 1000 in the finals and got runner up. I ran a new personal best time of 8.50 seconds! We had a good time; there was a car show going on as well, so there were lots of people mingling about who stopped by to admire the S1000RR. There was also a great turn-out and lots of people in the stands! The 1320video.com crew was there and posted a video of my 8.50 pass and it got over 400,000 views in the first 48 hours! 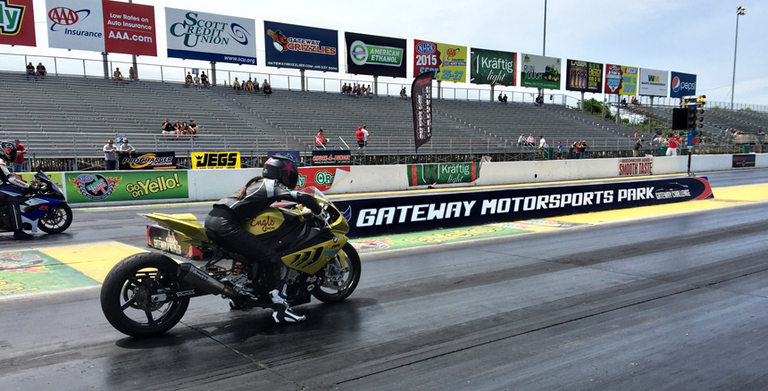 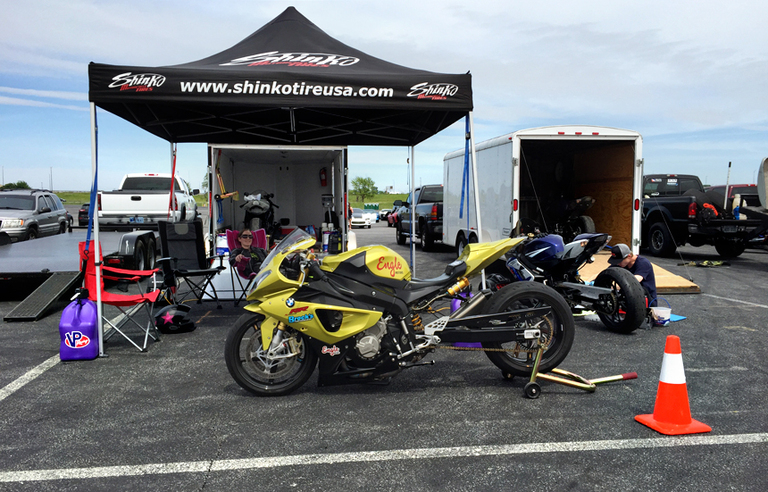