We had a great weekend at the PMRA world finals. It was a double header event with a race on Saturday and separate race on Sunday. Mike Jones from Engle Motors came to the track this weekend and he brought the green bike, which has not been down the track since Elyse wrecked on it in 2015. Elyse raced it on Saturday; it still needs some tweaking but it was good to be reunited after they’d both been put back together! Mike and the Engle Motors team have worked really hard on it over the past two years.

Saturday was a very cold day for racing. It was 31 deg when the gates opened, so they delayed the start time to let the track warm up a bit more. Even with the later start, we still were not able to get traction during time trials. It got better in qualifying and as the day went on. The highlight for Saturday was a 2nd place finish in the Ultra Street heads-up class. Elyse also went a couple rounds in Super Comp, but fell out of Pro E/T early. On Sunday Elyse got a top 5 finish in Pro E/T but fell out of Super Comp early due to a break out.

This is the last planned race of the season for McKinnon Motorsports and we were happy to end the season on a positive note. Thanks to Mike Jones for coming to the track and bringing the green bike! 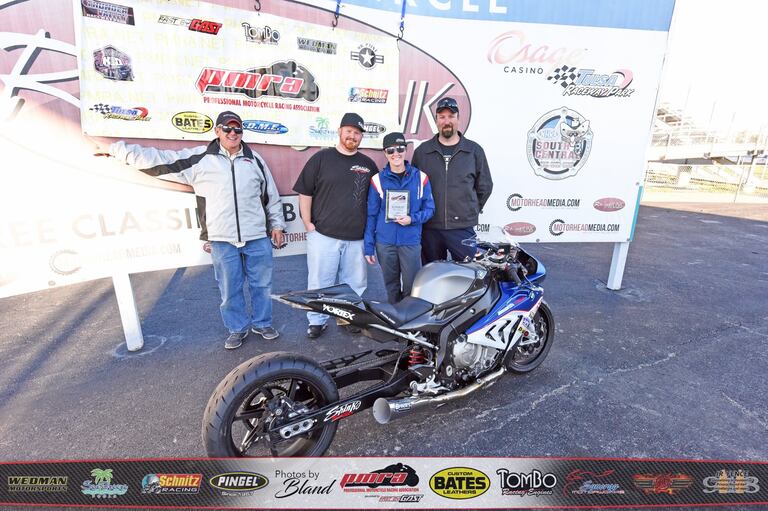 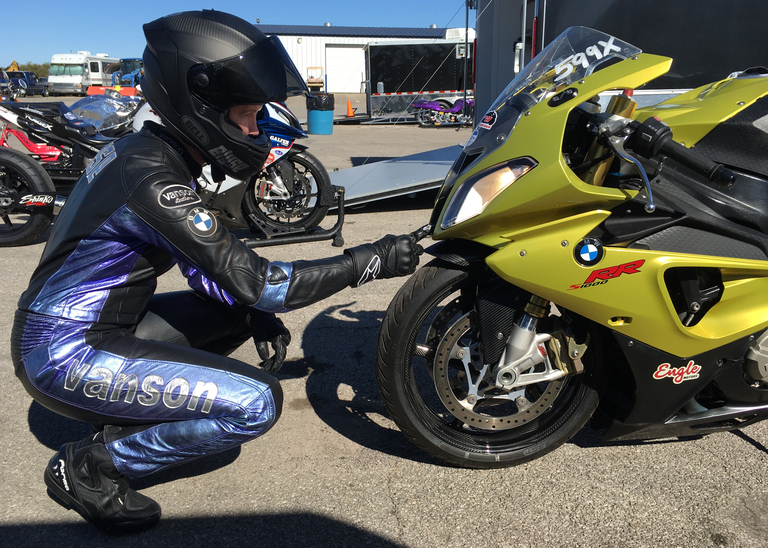