We just replaced the battery in our S1000RR with a Ballistic EVO2 Battery. It’s an eight cell lithium-ion battery that only weighs 1.7lbs, which is significantly less than the OEM battery. Since it’s so much smaller than the stock battery we made a foam cut-out to hold it in place. It charges faster than a lead-acid battery and holds more than 90% of it’s charge after a year in storage. It also came with a 3 year warranty and it’s made in the USA. 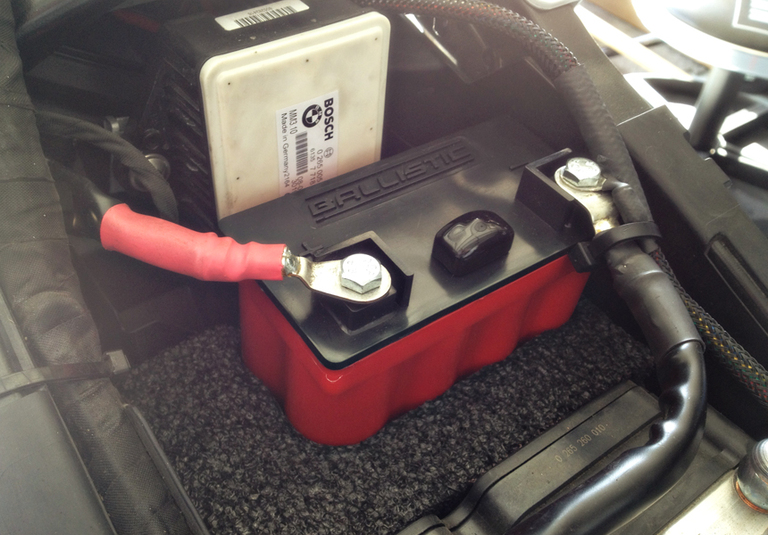