We were excited to be a part of the Hot Summer Nights Invitational race at Tulsa Raceway Park this past weekend. There were 16 vehicles invited. Four were bikes and the rest were cars: some from the Tulsa List, a few imports, and some wildcards. Thanks very much to Synergy Motorworks for sponsoring the bike class and for the hook-up on a Shinko that night! The racing started around 11:30pm and continued through sunrise! I ended up racing the event winner and fell out, but we stuck around to watch more of the racing action and had a great time. The Midnight Drags were also going on and our buddy Smolies was there testing his bike. He ran in the 7’s that weekend for the first time; what an awesome accomplishment! It was a great event with over 2000 people and we heard it was the biggest crowd they’d had in quite a few years. 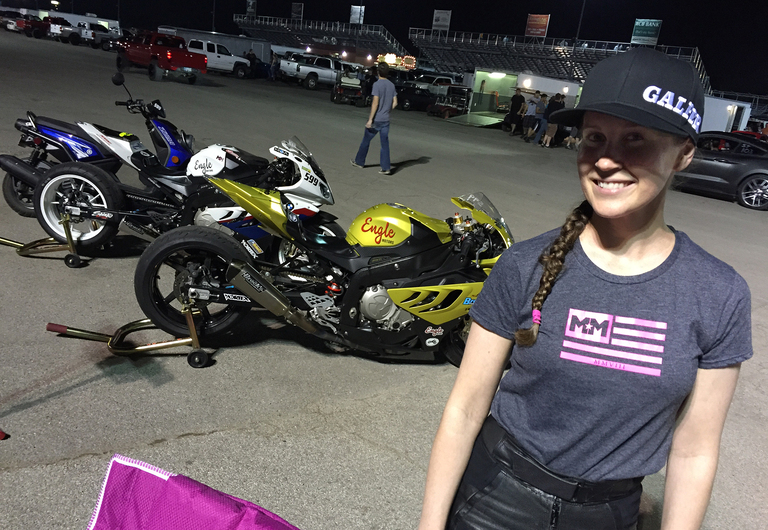 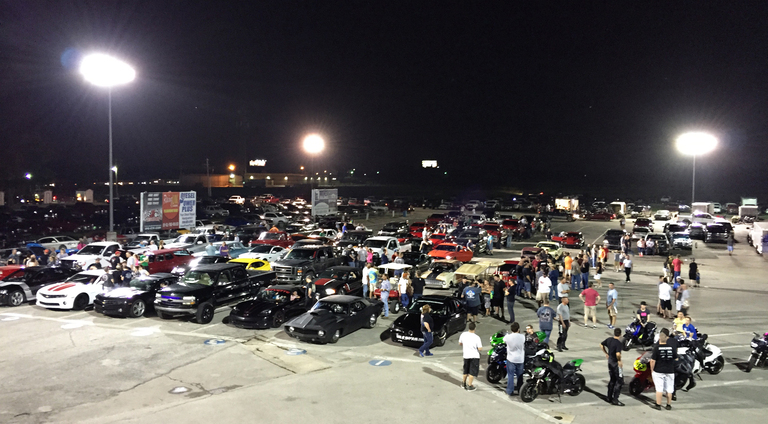 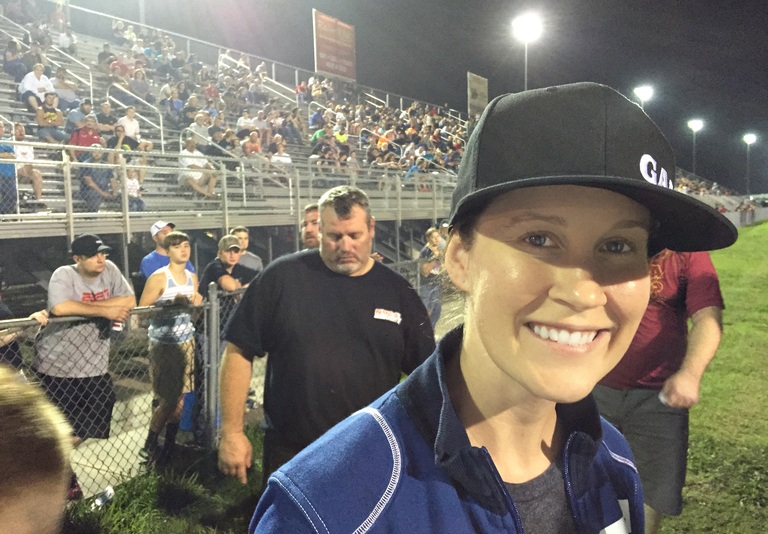 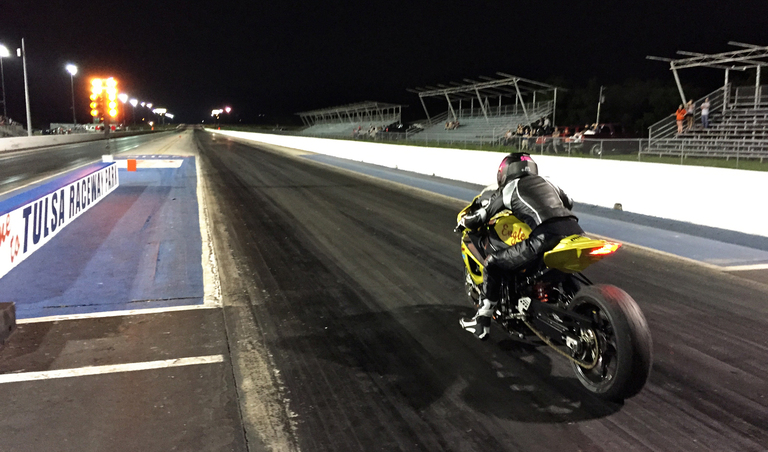